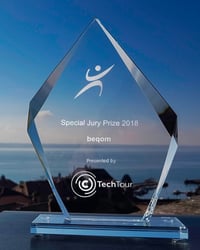 beqom, the provider of a cloud-based total compensation solution, has been named as one of Europe’s top 50 high growth companies, and received the Special Jury Prize at the 12th Annual Growth Award ceremony, as part of the Tech Tour Growth 50.

The Tech Tour Growth 50 is the result of an annual research project, run by Tech Tour, a platform that facilitates high-tech growth companies develop strategic relations with investors. This year they researched and evaluated, with a selection committee of international investors, over 280 European private tech companies at a sub-one billion US dollar valuation.

“We are honored that Tech Tour has awarded beqom the Special Jury Prize, acknowledging beqom’s success not only in Europe but also in North America which is currently generating 50 percent of our revenues. People are the source of everything beqom is and does. It wouldn't be possible to receive this recognition without the help of our people across the globe.”

Hear Fabio's thoughts on how it feels for beqom to win the Tech Tour Special Jury Prize:

“We are delighted to award beqom with the 2018 Tech Tour Special Jury Prize,” Said William Stevens, Managing Director, Tech Tour. “The combination of Fabio’s vision and his team’s ability to build a world-class software company, from Europe, in such short space of time is nothing short of remarkable. beqom is a true European champion, and we believe their success will help inspire the next generation of Europe’s tech entrepreneurs.” 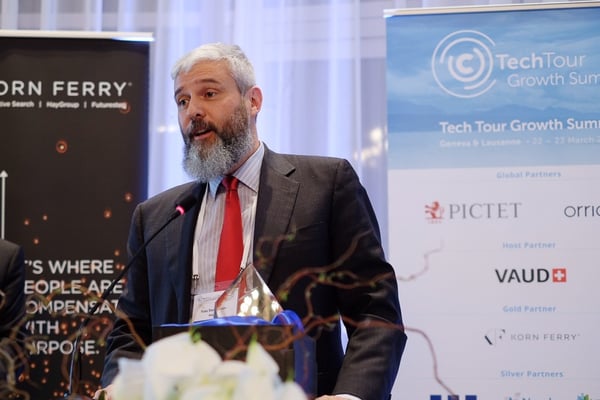 
About the Tech Tour

Founded in 1998, Tech Tour provides a Community facilitating investment into world class entrepreneurs with event and online matching platforms between growing and emerging innovative companies and investors across borders, regions, sectors and stages. Tech Tour is also the trade name for Europe Unlimited.